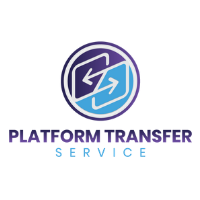 If you’re a Yahoo! Store (now Turbify) owner and considering migrating to a new platform, you probably have a lot of questions and are apprehensive about moving.  We understand that!  But with careful planning and teaming up with a developer who can handle everything from data migration to design and programming, the process doesn’t have to be intimidating.

Your Store Wizards has migrated more Turbify stores to platforms such as BigCommerce and Shopify than any other developer.  With over 20+ years of experience working with the former Yahoo! Store platform, we have the unique advantage of being one of only a handful of developers with a proven process to migrate store data.

Our proprietary data migration tools were designed specifically to get as much data* from a Turbify store as possible, including custom fields and complex product options.  Simply put, we’re able to get more data from your store than anyone else!

But data is just one part of platform migration, our Premium Platform Transfer Service also includes a custom storefront designed and built to your unique needs.  It includes a unique homepage, item, and category/collection page design that takes advantage of the platform’s built-in features and functions.  We also offer several add-on features and apps to enhance your new store and improve the customer experience.

Before we import your products, static info pages, and category/collection pages, we will provide you with our analysis so you can review your data, options, custom fields, and any issues we feel need to be resolved before the first import.

The first transfer occurs after your preliminary data review and is the first look at how your data will display in your new store. The second transfer is done midway through development and will include any changes and modifications to the structure since the first migration. The third and final transfer occurs just before launch to make sure all data is up-to-date.

While we recommend keeping URL structures the same, you may not want to. In this case, we will create all the necessary 301 redirects in advance of the store launch. Additionally, any existing 301s will be imported into your new store.

If your product descriptions contain HTML for formatting, images, links, etc., we will work with you to keep/clean/kill any code that may or may not be needed.

Our world-class designers will create a look and feel for your new store that will set you apart from your competition. Included is a custom home, item, and category/collection page design with features/functions you select from the ones available from your new platform’s standard feature set.

Your new design will be implemented using the latest version of your platform's base framework which is optimized for speed and usability.

This service incorporates the standard, optimized checkout of your new platform and includes styling the header area to match the look of your new store. Contact us for a quote on a fully customized checkout experience.

I currently have product reviews, do these get imported?

Both BigCommerce and Shopify support most, if not all, product review services and have apps available for them in their app stores.  Keeping the same product review service on your new store is the easiest, and recommended way.  However, we can discuss options for migrating product reviews from your current provider to your new platform’s standard review feature or a new provider.

What data from my Turbify store do you import?

As part of our Premium Platform Transfer Service we will import:

What data from my Turbify store do you not import?

By default, we do not import customer data and historical orders from Turbify but can do so upon request. If you’re choosing to have this data imported, there are important things you must be aware of:

What happens to my WordPress blog at Turbify if I move platforms?

Unfortunately, once you migrate from Turbify, your blog will no longer be accessible.  But have no fear!  We have a team of WordPress developers who migrate your WordPress blog at the same time your store is being migrated so you won’t miss a beat.

WordPress blog migration is not part of our Platform Transfer Service and is available at an additional cost.  More information can be found here.

Both BigCommerce and Shopify offer a built-in blog, however, we do not have a way to migrate blog posts from WordPress to either one of these platforms.  We only offer migration services for WordPress to WordPress.

How long does it take to migrate from Turbify to BigCommerce or Shopify?

Each migration is different and the most complex part of the project is the data migration.  Depending on how complex your store’s data is, we recommend budgeting a minimum of four months for the entire project, keeping in mind the project may end sooner or last longer depending on data issues, changes in scope, or approval turnaround time.

Do you recommend I move from Turbify to BigCommerce or Shopify?

That depends.  While each of those platforms has its pros and cons, at the end of the day it will come down to which one best suits your needs.  We can walk you through what makes each platform unique and help you make the best choice.

Can you provide me with a trial store to try the platform before I sign up?

Yes!  We have the ability to set you up with a limited-time trial store where you can kick the tires and check out the backend to gauge your comfort level.  Email us to request a trial store.

I don’t need a custom-designed store, can’t I use a predesigned template?

You sure can and we can implement that theme for you.  However, that service only includes data migration and theme implementation.  We will not make any modifications to the theme other than colors and setting up the available options within the theme.  This allows you to update the theme anytime the theme author releases updates.

This sounds expensive, how much should I budget for migration and a custom store?

We pride ourselves on being one of the most affordable options for migrating from Turbify to BigCommerce or Shopify. Our Premium Platform Transfer Service is a fully custom solution and is priced accordingly.  We will customize a solution that best fits your needs and budget.

I have a limited budget but still want a custom store. What other options do you have?

If you’re migrating from Yahoo! Store to BigCommerce or Shopify, and have a limited budget, our Platform Transfer Service Lite is for you!  It comes with the same data migration package but includes our own pre-designed theme based on your platform’s base framework.  We offer a few design choices for you to choose from and this is a very affordable option for those wishing to migrate now and move to a fully custom storefront later on.

Do you have a portfolio of work I can review?

If you’ve been a Yahoo! Store owner for a while, you may know the history of this platform.  What started out as an eCommerce solution called Viaweb, was rebranded Yahoo! Store when it was purchased by the search giant in the 1990s.

Over the course of a few decades, Yahoo! Stores powered over 40,000 eCommerce stores and transacted billions of dollars in online sales.

The 2000s saw a shift in eCommerce with many more robust platforms, such as BigCommerce and Shopify, making their debut with an easier-to-use and faster-to-market platform.  It was during this period, that Yahoo! Store went through another name change to Luminate, which didn’t last long.

Moving back to the Yahoo! Store name, Yahoo! then sold the platform to communications giant, Verizon where it was once again rebranded as Verizon Small Business.  In 2022, it was sold to Infinite Computer Systems and was rebranded as Turbify.

I have more questions!

We have answers!  Feel free to contact us for any questions you have about migrating from Yahoo! Store to BigCommerce or Shopify.

* Platforms such as BigCommerce and Shopify have strict data validation rules for customer and order records, whereas Yahoo! Store does/did not. Due to this, we do not recommend importing customer and order history as this data tends to have high failure rates. While we can import this data, there could be a +/-15% rate of failure.  Blog migration from WordPress or other blogging platforms is not included in our Premium Platform Transfer Service.  For more information on blog migration, click here.

I've been using Don and Your Store Wizards for almost a decade - first on Verizon Small Business Essentials in 2011 and then Shopify in 2014. These guys know eCommerce, and I am so grateful that I have them as a secret weapon for making my website, SpyGuy.com, look and run so well. The value they provide is fantastic, they're a pleasure to work with, and they're fast! Most developers take forever and disappear off the planet - not Your Store Wizards. Stop looking for developers and just hire them!

Call us at this number

Email At this email